A mid-western financier works his way to becoming a prominent investor one step at a time over the course of 50 years. Every year he writes a letter to his partners detailing the evolution of his vision, wins, and mistakes. Result? A company worth half a trillion dollars and almost 1000 pages of business wisdom gained from experience. I’m talking about Buffett’s letters to shareholders of Berkshire Hathaway. Here’s what I’ve learned from them.

In 1951, Buffett learned that his teacher and hero Ben Graham was the Chairman of an insurance company called GEICO, based in Washington DC. Buffett’s next step? Take a train to Washington DC, find the company’s headquarters, knock on the doors until a custodian appears, ask if anyone is in the office. The person in the office was assistant to the President who later became CEO of GEICO. In 4 hours he taught young Buffett how insurance industry works. This half-day instruction was life-changing. In 1976, Berkshire bought a large stake in GEICO, and in 1995 bought the remainder of the company.

Most of us would be satisfied by reading about GEICO in an encyclopedia (or, nowadays, by googling it). Buffett went the extra mile (250 miles, actually) to learn more. And learn he did.

2.   Find your engine of growth

Unlike private equity funds, Berkshire is famous for buying companies with the intention to never sell them. But where does Buffett get funds to follow this strategy? The answer is the float from GEICO and other insurance operations. Insurance float is money an insurer temporarily holds that does not belong to him. This float is “free” as long as insurance underwriting breaks even – and at Berkshire, it does. This is like a borrowing money from a bank and getting paid for it!

Google and Facebook follow a similar strategy: take money from advertising and invest into whatever you think is the next big thing. So – you need a reliable source of cash flow to fund your growth.

Before meeting Charlie Munger, Warren Buffett followed ‘a cigar-butt strategy’ learned from Ben Graham: purchase mediocre businesses at bargain prices with large margins of safety. This approach worked well, but was not scalable to large sums. Then Charlie stepped in. When Buffett and Munger differ, Charlie usually ends the conversation by saying: “Warren, think it over and you’ll agree with me because you’re smart and I’m right.” Munger persuaded Buffett to forget about buying fair businesses at wonderful prices; and instead to buy wonderful businesses at fair prices.” Perhaps Buffett would become a successful investor and businessman on his own. But would he become that successful? Most likely not.

4.   A business has to have a competitive “moat”

So what differentiates a great business from a mediocre “cigar butt”? One of the factors is a long-term competitive edge: something similar to a moat of a castle. The moat can be, for example, low cost of production (GEICO, Walmart) or a powerful world-wide brand (Coca-Cola, Gillette). A moat has to be durable (not one continuously rebuilt) and should not depend on one great manager. When building or investing into a business, it is crucial to understand what its moat is and how you can make it wider and deeper.

5.   Know your circle of competence

What an investor needs is the ability to correctly evaluate selected businesses. He or she doesn’t have to be an expert on every company, or even many. They only have to be able to evaluate companies within their circle of competence. The size of that circle is not very important; knowing its boundaries, however, is vital. This is why Berkshire does not invest in startups or turnaround situations. They are outside of Berkshire’s circle of competence. Of course, Berkshire would be better off if it invested in Facebook back in 2004. But spotting Facebook among thousands of similar companies that failed is not Buffett’s or Munger’s strength. This knowledge has saved Berkshire investors many billions of dollars.

In 2017 Berkshire Hathaway had a net income of 45 billion dollars, an asset base of 700 billion dollars, and 380 thousand employees. How does Buffett manage this Goliath? The thing is, he does not. Several dozens of operating managers do. Buffett and Munger just attend to capital allocation, appoint operating managers, define their KPIs and compensation, and leave them alone.

It is possible that in many subsidiaries, Buffett would be a worse manager than the incumbent one. And even if he were better, Buffett’s managing everything first-hand would severely impede Berkshire’s growth. Instead, he trusts others and empowers them. Despite a few mistakes, this approach has paid off extremely well.

7.   Praise others, blame yourself

Buffett knows how to praise talented people around him. If something is going great, he will find an extraordinary way to give the protagonist due credit. Two of many examples:

However, when something goes wrong, he never blames anyone but himself. His decision to purchase businesses on Berkshire’s account rather than that of Buffett Partnership was a mistake that cost his partners 100 billion dollars over the years. Another terrible acquisition was Dexter Shoe. In Buffett’s words: “As a financial disaster, this one deserves a spot in the Guinness Book of World Records.” This praise-others-blame-himself approach makes Buffett an inspiring and responsible leader.

8.   A climate of fear is an investors’ best friend

Buffett buys companies when they are available at sensible prices. This happens when the market is down and everyone is selling. A climate of fear is an investor’s best friend. “When it’s raining gold, reach for a bucket, not a thimble,” he says. Buffett’s cash bucket of 44 billion dollars in 2008 proved to be useful in several acquisitions. Few companies are patient enough to sit on a huge pile of cash like Berkshire’s. But patience in business is rewarded.

9.   Commission is more dangerous than omission

Most of Berkshires mistakes were errors of omission: not buying a stock or a company when a favorable opportunity arose.  This makes sense, because an error of commission – buying the “wrong” stock would have caused a far bigger damage. Recall the purchase of Dexter and Berkshire itself by Buffett Partnership. In investing, it’s better to shoot seldom but accurately.

EBITDA is a misleading concept because it does not take depreciation into account – a very real expense. In Buffett’s words, “References to EBITDA make us shudder –  does management think the tooth fairy pays for capital expenditures?”

In his 2005 letter, Buffett explained how various ‘helpers’ (financial managers and advisors) help American investors minimize investment returns by mediocre advice, large volumes of trade, and enormous fees.  Buffett’s solution: if you are not a professional investor, invest in a low-cost index fund like Vanguard. You will benefit from the growth of the economy and avoid the fees. By the way, in 2007, Warren Buffett bet a million dollars that an index fund would outperform a collection of hedge funds over the course of 10 years. Late in 2017 he won that bet.

12. Do not shy away from sales

Berkshire created a full-blown fair out of its annual shareholder meeting. It exhibits and sells products of many of its subsidiaries and offers shareholder. Buffett is the lead salesperson. He discusses the merchandise extensively in his letters and even clerks at a jewelry store occasionally. He does not shy away from sales because he is too senior or does not want to be “sales-y”. And this approach works – the Berkshire Shareholder weekend alone brings the subsidiaries hundreds of millions of dollars in revenues.

13. Be humble and appreciate what you’ve got

Buffett enjoys working at Berkshire – but not because of the money. He likes the job and the people around him. He likes to say that he tapdances to work every morning.  I think he would be just as happy if he were 1000 times poorer than he is. Indeed, he lives on his salary in his house he bought 50 years ago and has never sold a Berkshire share. Wealth is just an extra bonus to have – a nice-to-have one, but not essential.

There’s no sure way to become a multi-billionaire. But there is a way to become a great professional and enjoy every day of your work. Buffett showed this way – just follow along.

These are just my takeaways. The Letters have more substance in them than I could cover in my video. They are available for free at Berkshire Hathaway website. The link is here.

Thanks for watching! I would love to see your comments. Next time will talk about Warren’s partner – the famous Charlie Munger and his book. So subscribe and stay tuned. Cheers! 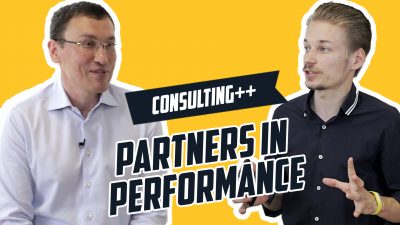 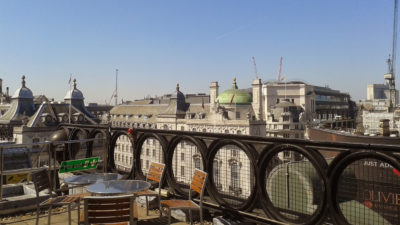